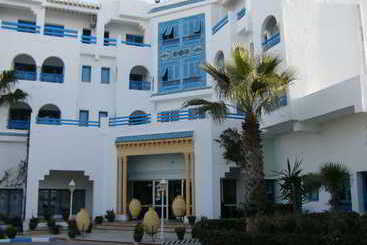 With a stay at Le Khalife in Hammamet, you'll be in a shopping district and convenient to Bel Azur Beach and Hammamet Beach....

Located in Hammamet, Hotel El Fell is minutes from Omar Khayam Beach and close to Bel Azur Beach. This beach hotel is within... 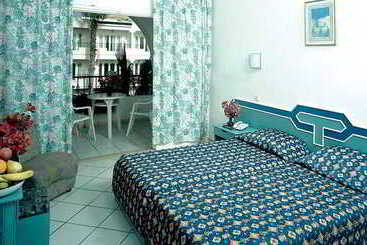 This hotel is situated in a lively area with plenty of boutiques, restaurants and cafés. It lies around 60 km from Tunis...

In the name of our whole team, we welcome you warmly to the Delphin Plaza Hotel. We have many parking spots available where... 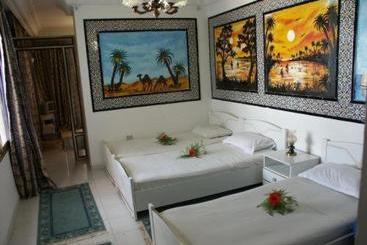 The hotel is located in the city centre. It lies 61.3 km away from Tunisia's airport. Hammamet beach is 0.4 km far. As tourist...

Located in Hammamet, Hotel La Residence is 328 feet from a private sandy beach and features free WiFi throughout and public...

Menara Hotel is situated in touristic zone between hammamet yasmine and medina of hammamet joined, each one,...

We are returning the 5 %
from 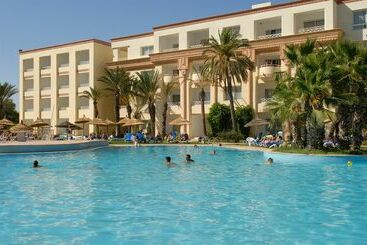 Tunistar marina palace is a modern, moorish style hotel situated in the marina area of yasmine hammamet. it...

We are returning the 5 %
from

Despite the fact that it is not the capital of Tunisia, it is the most important tourist destination in the country, and a meeting or arrival point for all those visiting the country. Hammamet, located only 60 km from the capital, is a resort where one can relax and sunbathe on the beach, and also serves as a starting point for other activities in Tunisia. Hammamet has the largest number of hotels and is a place of reference for visiting places such as the city of Tunisia, Carthage or Sidi bou Said, or for spending a few days in the Tunisian desert and getting to know the desert culture of the Berbers and visiting remote the oases scattered throughout the country.
Situated on the coast of the Mediterranean, Hammamet has a warm climate all the year round, mainly in the summer, but it is also very pleasant during the rest of the year. Due to its climate and growing infrastructure, Hammamet is an extremely economical and interesting destination that combines the opportunity to relax on its beaches with the opportunity to learn about the Arab culture and Muslim tradition of the country. A resort that is strongly influenced by tourism, mostly from Europe, like the other nearby cities, which are gradually becoming more specialised in western tourism, for instance, Port el Kantaoui, Sousse or Mahdia.
A place with sun and sand, that is one of the most attractive alternatives at any time of year, and suitable for all budgets, filled with tradition and culture, that will satisfy the most curious of travellers.
See more See less

It depends on the category of the hotel. If you want to stay at a 4-star hotel in Hammamet, the average price per night is €23, while you will pay an average of €26 for a 3-star hotel, and in a more luxurious 5-star hotel, you"ll pay around €34.

You can make reservations at Hotel Hasdrubal Thalassa & Spa, Hotel Chich Khan and Hotel Le Royal Hammamet if you"re looking for a hotel with valet service for your visit to Hammamet.

If you´re looking for peace and quiet and want to stay at an adult-only hotel in Hammamet, we recommend Hotel Sentido Aziza Beach Golf & Spa.

According to our clients, if you´re travelling with children, the best hotels in Hammamet are Hotel Le Sultan, Hotel Steigenberger Marhaba Thalasso and Hotel Bel Azur Thalasso & Bungalows.

If you want to save time, the hotels in Hammamet with express check-in and check-out are Hotel Bel Azur Thalasso & Bungalows, Hotel Steigenberger Marhaba Thalasso and Hotel Sentido Phenicia.

Some of the options for hotels with non-smoking rooms in Hammamet are Hotel Bel Azur Thalasso & Bungalows, Hotel Steigenberger Marhaba Thalasso and Hotel Le Sultan.

If you're bringing a vehicle, we recommend that you book a hotel with parking in Hammamet, like Hotel Bel Azur Thalasso & Bungalows, Hotel Steigenberger Marhaba Thalasso or Hotel Le Sultan.