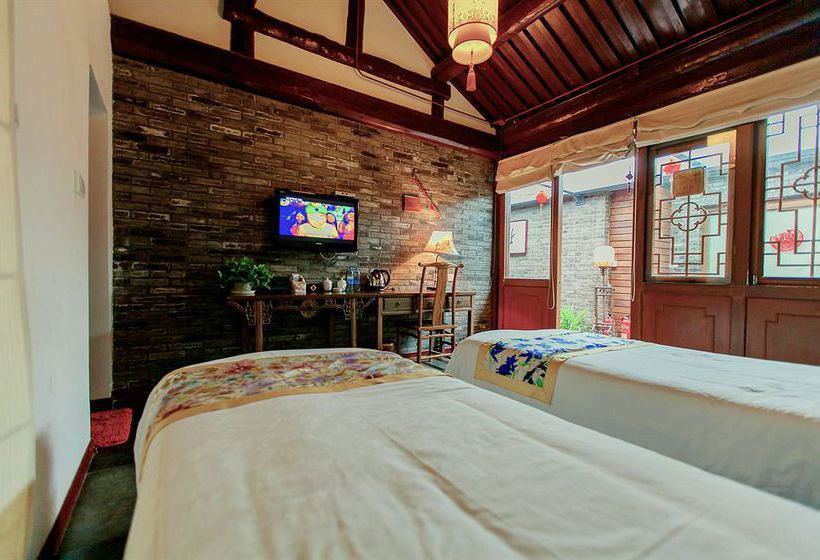 A stay at Old Beijing Square places you in the heart of Beijing, walking distance from Bell and Drum Towers and South Luogu Lane. This inn is close to Forbidden City and Tiananmen Square. Take in the views from a garden and make use of amenities such as complimentary wireless Internet access and tour/ticket assistance. Featured amenities include complimentary high-speed (wired) Internet access, express check-in, and express check-out. Make yourself at home in one of the 15 air-conditioned rooms featuring LCD televisions. Complimentary wired and wireless Internet access keeps you connected, and satellite programming provides entertainment. Bathrooms feature showers with rainfall showerheads and complimentary toiletries. Conveniences include safes and desks, as well as phones with free local calls.