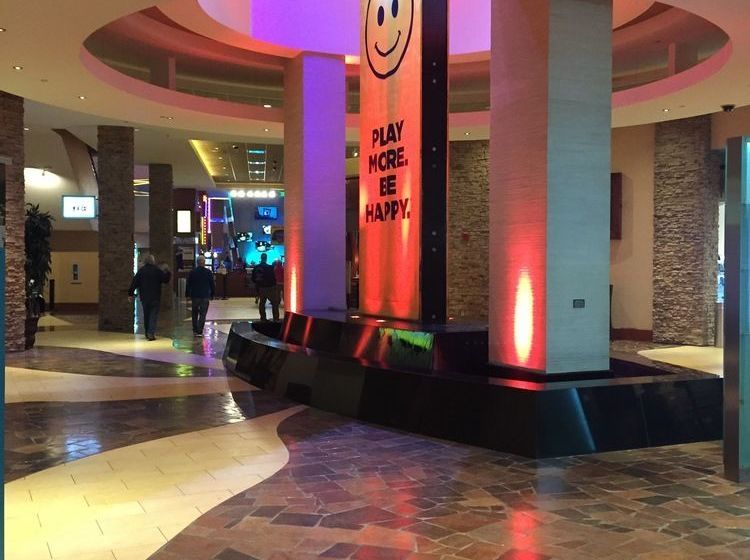 With a stay at Isle Of Capri Waterloo Casino & Hotel in Waterloo, you'll be in a shopping district and minutes from Lost Island Waterpark and South Hills Golf Course. This casino hotel is within the vicinity of Grout Museum of History and Five Sullivan Brother Convention Center. Try your luck at the casino and enjoy other recreational amenities including an indoor pool and a spa tub. Additional amenities include complimentary wireless Internet access, gift shops/newsstands, and shopping on site. The complimentary shuttle will take you to the nearby casino or shopping center. Featured amenities include a computer station, express check-out, and complimentary newspapers in the lobby. Planning an event in Waterloo? This hotel has 5000 square feet (450 square meters) of space consisting of conference space and meeting rooms. A roundtrip airport shuttle is complimentary (available on request). Make yourself at home in one of the 195 air-conditioned guestrooms. Complimentary wireless Internet access is available to keep you connected. Bathrooms have complimentary toiletries and hair dryers. Conveniences include safes and desks, as well as phones with free local calls.