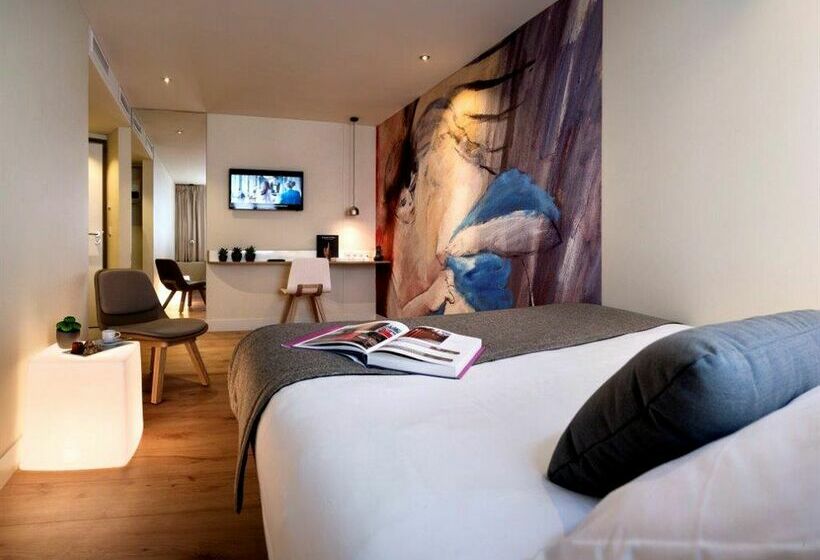 A stay at Max Hotel places you in the heart of Paris, convenient to Parc Montsouris and Notre Dame Cathedral. This hotel is within close proximity of Paris Catacombs and Place Denfert-Rocherau. Take in the views from a terrace and a garden and make use of amenities such as complimentary wireless Internet access. This hotel also features concierge services, a fireplace in the lobby, and a television in the lobby. Featured amenities include a 24-hour business center, a computer station, and complimentary newspapers in the lobby. Make yourself at home in one of the 19 individually decorated guestrooms, featuring espresso makers and LED televisions. Complimentary wireless Internet access keeps you connected, and satellite programming is available for your entertainment. Private bathrooms with showers feature rainfall showerheads and complimentary toiletries. Conveniences include safes and desks, and housekeeping is provided daily.

Nearby points of interest